I have always wanted to go to Egypt because I have always been fascinated with Pharaohs and Cleopatra. So, I talked my husband into going this past Oct. Thank God we went before this current outbreak with Hamas and Israel (Update…1/28/14…and the result of The Arab Spring).  When we first arrived in Cairo, our “administrator”, the guy who handled the logistics for the trip, asked us if we were going to vote for Obama. As the trip progressed, we learned that the Egyptians don’t hate Americans. They simply hate our Israeli policy. Well, they also despise Bush. That was evident on our final day when we picked up an English Egyptian newspaper and there were two editorials bashing Bush. One called him Hitler like and the other a baby killer. There was no “fair and balanced” to these editorials. I have several opinions about Egypt (surprise surprise). The first opinion: Cairo is an awfully crowded, filthy, traffic insanity that can not be tolerated for more than a couple of days. Read more… 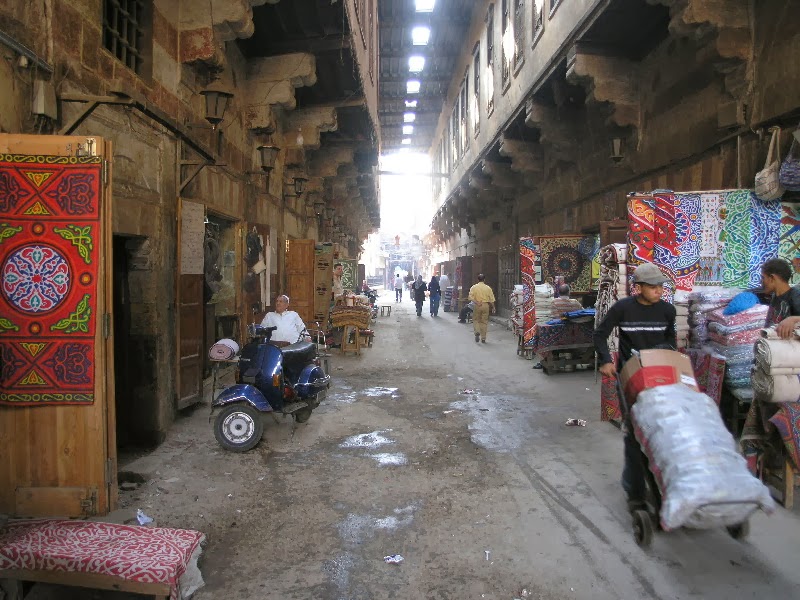 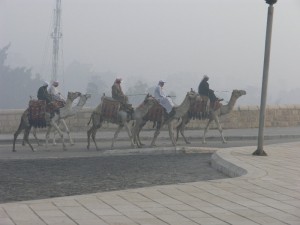 It rained one evening; the streets flooded a few feet and because cars are patched together like patch work quilts, many were stranded in the streets for hours causing massive traffic delays. The morning we went to the pyramids, which are in the suburbs of Cairo, the smog was so dense, you couldn’t even see them. Now, are they worth seeing? Damn straight! But let me give you my second impression. Egypt is a third world country and they have intense poverty. Because much of their lively hood is based on tourism, and much of that involves animals, you probably can guess where I’m going. We decided to do our tourist camel ride around the Sphinx because it seemed to be less busy. Our camel vendors decided to take us up a back street and it was one of the most godawful places I’ve been. I was raised on a ranch in south Texas. So, I’ve seen cows, pigs, chickens in health distress. As we ride the camels, we are seeing horses so emaciated, one is dieing. He has a purple spray paint mark on it put there by the police to eventually euthanize it. Dogs were sniffing around it. Horses were everywhere and were so thin, their ribs and hip bones stuck out. Litters of emaciated puppies and their mothers roamed looking for food. I thought I was in a Human Society video to get us to donate money. When we returned to our guide, I was so upset. I began to cry. It was awful awful awful. I am a lover of animals, and this was beyond anything I have ever seen. I’ve been to several third world countries and have never seen this type of animal neglect. Or, so I thought. As our trip progressed, we went to the town of Edfu and the Temple of Edfu. 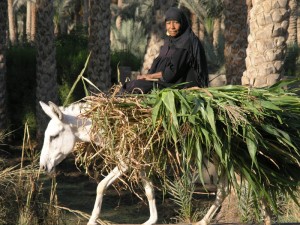 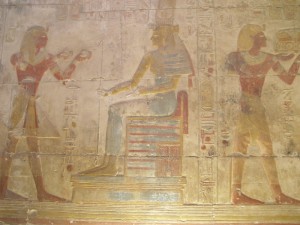 There, waiting to take us for a horse and buggy ride to the temple…..rail thin, hip protruding horses. Our Egyptologist knew this was going to happen and tried to get us a more “fit” horse. But like New York cabbies, they vie for spots in line. As we pulled away in our carriage, I saw many of the other “cabbies” feeding their horses alfalfa. I told Maher that in America we treat our pets very well. That, probably, an American pet eats better than a person in a third world country. And, as I watched the “cabbies” feeding their horses, they were feeding them to the best of their ability. It was their lively hood, after all. But, I did say that it was hard to see. Later, I spoke to some Australians and they had the same reaction I did. Another opinion: My husband and I have traveled a great deal, but the people of Egypt are some of the nicest we have ever encountered. Service was always superb and accommodating. Even though the vendors can be aggressive, if you say “no thank you”, they typically backed off. Not that we didn’t encounter your overly aggressive types. But on the whole, we thoroughly enjoyed our Egyptian experience. The mantra we heard over and over: Vote Obama Vote Obama!

Many people looked strangely at me when I said I … END_OF_DOCUMENT_TOKEN_TO_BE_REPLACED

Well, more like sings along while in the last row … END_OF_DOCUMENT_TOKEN_TO_BE_REPLACED