I’m taking a second look at this book because of the recent decision by an Italian high court to throw out the acquittal of Amanda Knox and revisit the case. Douglas Preston, mystery author, has become very involved in the case.  He even wrote a new preface to The Monster of Florence explaining why he believes she is innocent.  He also has a 99 cent Kindle article about the use of the internet and social media to demonize and destroy people’s lives i.e. Amanda Knox.  PLUS a movie has been made that is coming out in 2013 based on the book and stars George Clooney as Douglas Preston.  Since George has a villa on Lake Como, he didn’t have to go too far to be in this movie. If you have not read any of the Douglas Preston and Lincoln Child mystery thrillers, then you’re missing out on some fun reading. In order to bring you some further chills and thrills, Douglas Preston moved his family to Tuscany to try and find some new plot threads. Not a bad place to try and find story threads plus some great food and wine. This move resulted in his 2008 book, The Monster of Florence. Read more…
While there, he runs into a journalist, Mario Spezi,  who tells him the story of 7 couples who, over the span of a decade, were murdered while “necking”. Some of the murders were equated to a Jack the Ripper type.  Mutilation.  Enough said. What caught my interest, dear reader, is the cultural phenomenon that exists in Italy regarding grown children living at home with mommy and daddy. It seems that once a child finishes their education and takes on a job, the parents don’t kick them out of the house and say “get on with your life”. The now adult lives at home until they get married. If the adult child living at home has a significant other, then that poses some interesting complications for finding a place to neck, for heavy petting and/or sex. So, the couples are then reduced to “doing it” in the car. Then a sub-culture erupts. If people are “doing it” in their car, then here comes the peeping tom. Then another sub-culture pops up and that is the blackmailer of the peeping toms. Amongst all of this lurks the murderer

. As Preston gets involved in the thread of the “true story”, he quickly learns that it is not wise to get involved in the Italian legal system. Secret indictments, secret charges, months in jail without legal representation and botched police work. Did they ever catch the Monster of Florence?Let’s just say that the Italian police come across as Laurel and Hardys and arrest a ton of people including the author. Did they catch “the monster”?Let me relate a personal story. I was on a plane and the guy next to me was reading “The Black Dahlia”. I asked him if he was enjoying the book. He said , “yes he was”. I inadvertently said, “too bad they never caught the guy”. He folded up the book and put it away. I apologized as much as I could. So, I ain’t telling you nothing. But I will tell you about:

(Written in 2009): Amanda Knox from Seattle. You see, she and two men are accused of sexually assaulting and killing her roommate, British Meredith Kercher. They were both in a college exchange program and living in Perugia, Italy. It was supposedly a satanic ritual sexual attack. Knox has been in prison for 14 months awaiting trial. Apparently the Italians love a good sex murder trail as much as Americans. Knox has been visited by important parliamentarians, two books have been written about her, and paparazzi wait for her paddy wagon. Her trial is being equated to an OJ Simpson type media extravaganza. It could take up to a year for the trial to be completed and Knox learns her fate. One of the men accused along with her has already been found guilty. Of course, her attorney is crying foul with sloppy police work, contaminated evidence etc. Instead of Knox being judged by 12 jurors of her peers, in Italy she will be judged by 6, 3 women and 3 men. Preston talks about her in his book.  But as we all now know, she and her boyfriend were found guilty, then innocent and then the verdict reversed. She was smart and hit the international air terminal as fast as she could.  Preston discusses her case because he wants people to know…don’t do anything stupid in Italy or you’ll spend a great deal of time within their crazy, whacked out legal system. And possibly never get out. 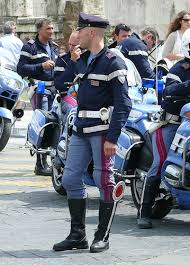 And one last thing about Italy. When driving on the tollways, make sure that when you pay your toll you get a receipt and keep it. My husband and I were in Italy and we used the toll road from Rome to Florence. We got off at the Sienna exit and paid our toll. 4 years later, we received a notice from some Italian lawyers saying we had not paid the toll. I know of 3 other people who have had the same type of letters. Then, I was reading National Geographic Traveler and they talked about this scam. Keep those toll receipts and don’t go “necking” in the hills of Tuscany. You never know what could be lurking or peeping…..

Many people looked strangely at me when I said I … END_OF_DOCUMENT_TOKEN_TO_BE_REPLACED

Well, more like sings along while in the last row … END_OF_DOCUMENT_TOKEN_TO_BE_REPLACED