Lore has it that when cats used by sailors in the 18th century for rat eradication on board sailing vessels, jumped ship, they mated with either a raccoon or a lynx to create the first indigenous cat breed in the US, the Maine Coon cat. Many people unfamiliar with the bred say, oh yes, I know about them. They’re those Man Coon cats. The reason the lore about the Maine Coon has to do with either the raccoon or lynx is because the Maine Coon exhibits the color pattern of the raccoon and the tuft of hair on the ears, like the lynx. The first cat show in the US was held in Madison Square Garden in 1895 and was won by, yes, the Maine Cat (as they were called then). The breed does originate in the state of Maine. And if it weren’t for the fine people of Maine, the Maine Coon cat might have become extinct. After the MC (I’ll abbreviate from now on) won the 1st cat show, they were the cat’s meow. But then came the exotic Siamese and the Persian. The MC soon fell out of favor and breeding for show stopped. But the people of Maine, who knew and loved these cats for their stellar stealthing for rodents, kept breeding them. And then in the 1950’s, the MC made a comeback and is now the second most popular purebred in the US (behind that skinny, feral faced, loud mouthed Siamese. I fart in your general direction). I have had the good fortune to have had a MC rescue, Frisky, who lived to be 20 years old. I now am owned by two 4 year old MC brothers, Kokopelli and Botticelli, or better known as Koko and Bocce. (Update…1/28/14…my boys are now 9 years old.) Read more… 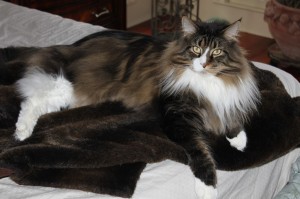 Maine Coons are called gentle giants because A: they are big and B: they are so sweet. Some would equate the nature of a MC to that of a dog, but in my opinion that is insulting to the cat. Maine Coons are not rambunctious. They are playful and with being so large, they can knock a few things over. Ok, when I say large, Bocce is a svelte 16 pounds but he’s got a bruiser of a brother, Koko, weighing in at 25 pounds. He’s not fat, just big. When I called the Siamese a loud mouth, I meant it. A MC exhibits the softest meow, some call it a trill or a chirp; it’s really indescribable. When they want loves, they want loves. They are also very dexterous with their paws, grab things, turn on faucets for water, and they also fetch. They love to be around people and are great with children and other pets. We recently introduced a kitten into the house hold, Bella Bleu, who is a rescue mixed Siamese and American long hair. 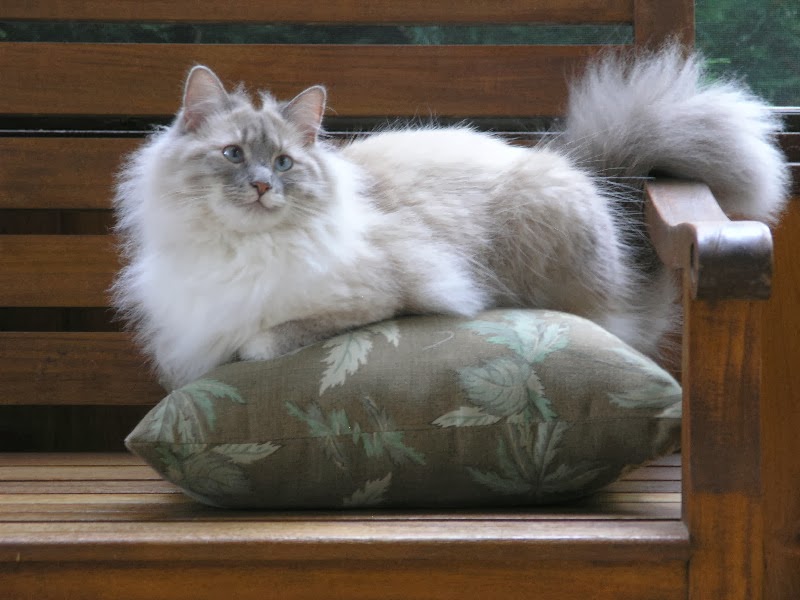 Koko took to her immediately, but Bocce was a little wary and now, 5 years later, he, well, tolerates her by chasing her. They even greet you at the door. We bought “the boys” from a breeder here in the Atlanta area. Her cattery is Big Meow, on the net, bigmeow.net. She is a terrific breeder. Koko and Bocce 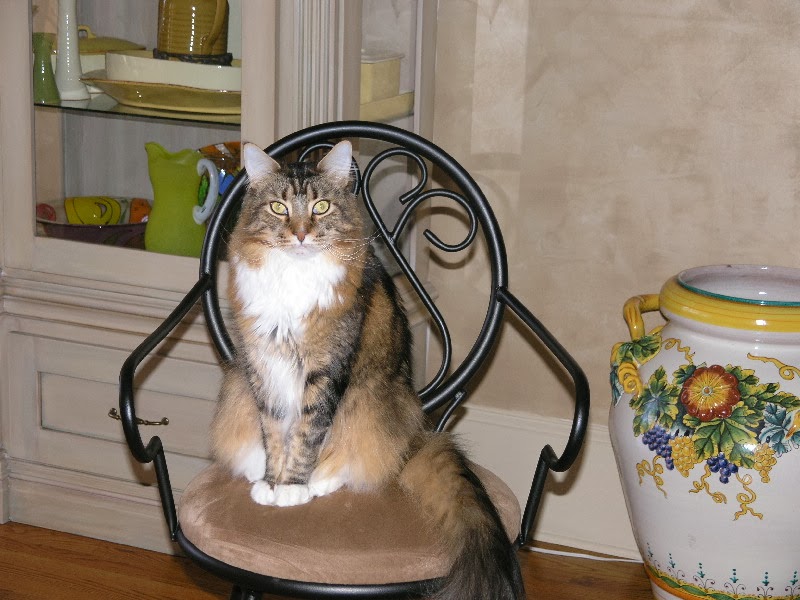 were well litter box trained as well as scratch post trained. None of our cats have been declawed. Our newest, the rescue kitty, little Bella Bleu (she was 8 weeks when we got her), was trained in a matter of weeks to use the scratch posts (thanks to advise from Big Meow) . So, if you’re getting a kitten , please think about not declawing them. And many vets today will not do the procedure.  And if thinking about getting a purebred, think about a Maine Coon. If you don’t want to pay for a pure bred, there are many Maine Coon “rescues” throughout the US.

Many people looked strangely at me when I said I … END_OF_DOCUMENT_TOKEN_TO_BE_REPLACED

Well, more like sings along while in the last row … END_OF_DOCUMENT_TOKEN_TO_BE_REPLACED