Part One, a memory of Willie Nelson and a rural south Texas ranch in 1976 (keep your minds clean) 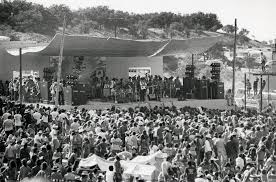 to Part Two, a memory of extravagance and opulence in 1996 at the Villa D’ Este on Lake Como in Italy. Yo yo dog. That is some difference. I have a memory chest that has things in it from my childhood up thru yesterday. I was looking for something for my husband and came across a ticket from the 1976 Willie Nelson “picnic” at Sterling Ranch in Gonzales, Texas. Gonzales is the birthplace of the Texas freedom movement from Mexico. Willie began these “picnics” in 1973. It was supposed to be a way to get a bunch of people together, drink a little beer, smoke a little pot and listen to great country music. That’s the way it started out anyway. In the beginning they were 3 day-ers and so was the 1976 shindig. Because the good people of Gonzales really didn’t want 100,000 drunk hippies and rednecks tearing up their town, they fought the permits for the picnic tooth and nail. They finally gave in and said, OK, one day only. Willie says 3 days. So, three it was. Since approval was given so close to the holiday and it was the country’s bi-centennial year, most of the port-o-potties had already been rented. This was a huge problem. Read more…
As I found out. Oh, yes gentle reader, I was there. Along with 80,000 good friends. In order to have restroom facilities, the planners probably said, hell, these are hippies here and they don’t need no fancy facilities. So, what did they do? Dug trenches in the ground, put a board across the length of the trench and voila! you’ve got ya’self a honkytonk out house. A walled structure was built around the perimeter of the trenches with a wall separating the men’s space from the women’s. At least that was the plan. Maybe someone was having fun because many of the out houses had no wall separating the fair from the hairy. I quickly found someone who had a house trailer and bargained to use their facilities. Were there drugs? Here is a quote from a local deputy sheriff, “If an officer sees someone smoking marijuana, he won’t be arrested. But, if someone is making a sale or has heroin, he or she will be taken in”. That picnic, July 3-5, 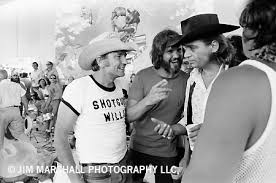 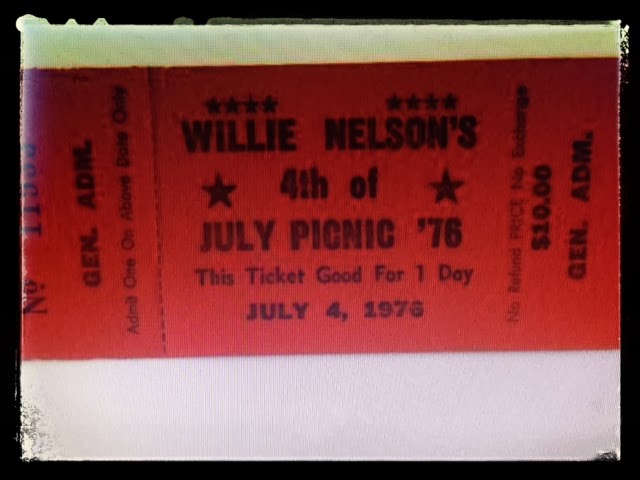 had more than 140 people arrested, four for kidnapping, one person drowned in a stock tank and injuries ranged from stabbings to snake bites (I guess while trying to find a place to privately do their constitutional). I was there for the better part of 3 days. It was hot (what else do you expect for July in Texas), it was dry and it was dirty. There were people naked, drunk, stoned, passed out. But the majority of the revelers were waiting for one thing- for Waylon and Willie to come on and do their thing. That’s all we needed to make everything OK. The local good Rev. Jimmy Darnell said, “To allow this invasion is to invite the anti-American, anti-Christian, hippie subculture right into our homes”. And I was there.

Many people looked strangely at me when I said I … END_OF_DOCUMENT_TOKEN_TO_BE_REPLACED

Well, more like sings along while in the last row … END_OF_DOCUMENT_TOKEN_TO_BE_REPLACED