sings Mel Brooks as a monk in History of the World Part One. Only Mel Brooks, with his inimitable style and schtick, can make fun of so tragic a time. In today’s world and politics, torture and the possible use thereof, is taken very seriously. Witness Fox’s Shepard Smith’s 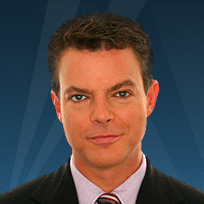 rant on the US and our possible use of torture (water boarding specifically). If you haven’t seen it, here’s the link. Caution, funny Mr. Shep uses a few choice expletives to make his point: http://www.huffingtonpost.com/2009/04/22/shepard-smith-torture_n_190350.html.  (Update…1/28/14…the link is still active).

This rant led me to remember two places in the world where I’ve been that had (has) torture museums…Read more…
dedicated to the remembrance of the hell that people can inflict on each other. Now, in both of these places today’s “water boarding” would be laughed at as amateurish (although, those that are undergoing the procedure don’t think so). Let me tell you about the first museum. It was 1982 or 83 and I was wandering around near the Tower of London. Looking up at an old building from the 1800’s, I saw this sign that said “London Dungeon”. I like quirky museums, so I went it. The premise of the Dungeon (which had actually been used as an extra dungeon in case the ones at the Tower were in use) was to depict the history of disease and torture though out the world. My kind of place. It really was quite hokey considering the mesmerizing, digitally enhanced theme parks we have today.

I digress. Look to your right and there is the “rack” with a fake body lying on it and groaning as the rack tightened. Look to your left and there is the iron mask and iron maiden etc etc. All sorts of tortures are depicted. If you go to the London Dungeons now, it is all modernized and very theme parky. Here is a link: http://www.thedungeons.com/. I won’t go back because I like the cheesiness of the dusty old bodies and recorded groans. One would expect a museum like this in London but a torture museum in a quaint, towered Tuscan hill town? We were in Italy attending our niece’s wedding in Siena. We had some time and went to the quintessential Tuscan hill town, San Gimignano.   After climbing the towers and taking in the incredible view, I saw a small sign saying “this way to Torture Museum.” AHA! So, I drug my husband, brother in law and sister in law to see. It is absolutely amazing what man (I’m sure there were some female inquisitioners) can do to another human being. I’m not going to go into the tortures themselves (if you so wish, here is a link that pretty much gives you the full dose: http://www.corkscrew-balloon.com/misc/torture.html

That, my gentle reader, is true torture. I do not, like Mr. Shep, believe that water boarding is torture. I don’t believe that this type of enhanced interrogation should be used all of the time though. If a terrorist has info that could save lives, then water board to SOB. If Mr. Shep wants to see what true torture is like, step into the bowels of Saddam’s chambers and listen to the victim’s of that torture. Not the complaints of a murderer like Khalid Sheik Mohammed. I would also say to Mr. Shep to get off of his sanctimonious moral high horse and realize what the world is like today…dangerous.

Many people looked strangely at me when I said I … END_OF_DOCUMENT_TOKEN_TO_BE_REPLACED

Well, more like sings along while in the last row … END_OF_DOCUMENT_TOKEN_TO_BE_REPLACED