Good ev’nin Luv….A typical greeting by a driver of a “black” taxi.  I think the first time I went to London was 1978 or ’79.  I used to sponsor students on tours to England and “the continent”.  Over the years I either went to England with my  husband and daughter on family trips, on his business trips or a stop over on the way to Africa.  I remember that first trip and while at the British Museum of History, I saw the “bobbies” walking amongst the cars with long poles with mirrors on the end looking for bombs underneath the cars.  The Irish Republican Army was still causing death and destruction.  Then we went a week after the death of Princess Diana.  I usually just throw on some good walking shoes and walk my rear off.  Well, I went from Buckingham Palace to Kensington Palace etc etc and the photos I got of all of the teddy bears, flowers, candles, makeshift alters for Diana…well, it was heartbreaking. Read more…    Then, 5 or 6 years ago, I went during the celebration of the Queen Mum’s 100th birthday.  Didn’t realize it at the time but soon found out.  I had decided to go to the “new” Tate Museum of Modern Art.  Why I don’t know.  I hate modern art.  Well, luv, indeed, it was not my cup of tea.  I went down into the subway station to catch the “tube” back to my hotel.  The doors of the train would not open and a man with a very, very proper English accent came on the loudspeaker and said, “would you please vacate the station immediately”.  Well, I’m not thinking IRA.  I’m thinking Al Qaeda.  It was the IRA.  They have a secret code that they use to call in bomb threats to the police so the police can authenticate that it is, indeed, the IRA.  They had put 8 or so bombs along the rail system so they could…disrupt the Queen Mum’s birthday celebration.  Well, that they did.  The city was at a gridlock. 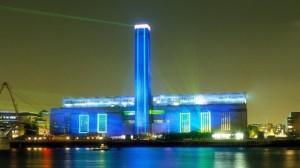 So, flash forward to this month.  My daughter has decided to take a job in London.  I go over to help her look for a place.  This is not an easy process.  Like most big cities, there are tons of varying neighborhoods, each with its own ambiance and level of safety.  Speaking of safety.  Remember my mentioning the “bobbies” with the mirrors?  There are probably more cameras in London than there are in Hollywood.  There is virtually a camera on every corner.  Al Qaeda anyone?  Then there is no MLS, multiple listing system.  Each landlord lists his property with one or two agents.  You have to go from letting agent to letting agent and each one has different properties.  And then there is the expense.  The dollar sucks compared to most currencies.  Well, maybe not the Zimbabwe dollar.  You get 376 ZD for every 1 USD. For every 1 USD, you get .62GBP (British pounds).  So, for a 400 square ft. apartment with no closet space,  maybe a cook top and one of those combination washer/dryer thingees, you pay for a half decent place in a half decent neighborhood around $525 PER WEEK!  Now, that’s if you’re looking in central London.  Which she had been doing.  There’s a large expat community in London and they all recommended that as a newbie,  it would be beneficial for her to live close in to work. She did end up finding a great little place, full of light with hardwood floors in a nice residential neighborhood but only a few blocks from the famous Portobello street and a minute and a half walk to the tube, which is a direct line to work.  She moves in in mid-Nov.  The place is furnished.  Well, sort of.  So, she’s there and we’re here setting up Skype and video cameras and microphones so we can keep in touch.  I had always told my husband that if the airlines he’s worked with over the years ever asked him to move overseas for a temp assignment, I’d be there.  Well, for our daughter, this isn’t a temp assignment.  But all we want for her is to be happy.  And if London does that, then cheerio and pip pip and lead me to the house of silly walks….On my next blog, I’ll tell you about all of the fun taxes the Brits put up with.  17.5% VAT anyone?

Many people looked strangely at me when I said I … END_OF_DOCUMENT_TOKEN_TO_BE_REPLACED

Well, more like sings along while in the last row … END_OF_DOCUMENT_TOKEN_TO_BE_REPLACED