We don’t have a sweet little mouse who makes yummy soups and keeps my kitchen running smoothly.   We’ve got a WILLARD (I know Willard was a rat, but that’s what I consider my intruder).  Willard, like Ratatouille, has fine taste. He chose as his first home the inside of my Mercedes convertible. Read about the devastation… He also likes sports.  He spent a great deal of time in our travel golf bags, no doubt trying to find his way to Pebble Beach.  He must also like tennis although not the tennis balls he found in the garage.  He slowly but surely defuzzed each one.  Too cheap for Willard, I guess.  But above all, he has been spending a great deal of time at Starbucks.  He must have a gold card and received many free drinks because we found many Starbucks’ receipts in his nest.  But, alas, all came to an end with this free arrangement because he ate one too many of my wires and like a bank, I foreclosed on him, and blocked his re-entry into his house.  What’s a mouse to do?  Become a homeless squatter, that’s what.  Willard now lives under the driver’s seat of my husband’s  Lexus.  That’s right.  He’s got himself a nice little nest and a nice place to poop anytime he wants. 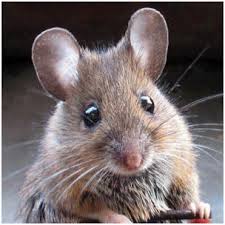 But not for long.  I will say Willard is one sneaky and fast little rodent.  We put 4 mouse traps in the garage using peanut butter as bait.  We went into the garage this morning and all the peanut butter was gone but no Willard.  We did figure out how he was getting in the garage.  The bottom of the garage doors has a rubber stripping for sealing against rain.  Willard, that little darling, just gnawed his way through one corner.  It is now sealed with metal stripping.  As far as my husband’s car is concerned, I saw an ad on TV that has been advertising a mouse trap that alleviates the unpleasant sight of seeing your dead mouse smushed.  So, this trap is like being in an old horror movie in that once you walk through the door, whap! the door closes behind you and you can’t get out.  You just take the contraption and throw it in the trash.  You PETA people hush up.  Willard cost me and the insurance company $2000 (which will raise YOUR insurance premiums) and has ripped out the stuffing of my husband’s driver’s seat. Plus, and I know my husband won’t appreciate this, but when my husband found out he had the mouse in his car (by seeing the gnawed remains of some receipts and poop), he, well, he backed out of the garage too quickly and, well, scraped the side of his car.  One of the above mentioned contraptions is now under the seat in his car.

You may be laughing but the tech at the dealership and the insurance guy both told us this is not unusual.  That once the weather begins to turn, the rodents, whether rats, mice or squirrels, will always try and find a warm spot.  And sometimes that just happens to be inside your car or under the hood.  Those yummy wires and tennis balls and receipts, oh my.  They said at least 3-4 times a month they have to tell the client, “Mr. or Mrs. Ratrap, you’ve got a rodent problem”.

I’ll keep you posted on the hunt for Willard…

Many people looked strangely at me when I said I … END_OF_DOCUMENT_TOKEN_TO_BE_REPLACED

Well, more like sings along while in the last row … END_OF_DOCUMENT_TOKEN_TO_BE_REPLACED