I’m not talking about “pushing the buttons” that will tick you off, to irritate you.  Or your spouse knowing just what to say to get you started into an argument.  I’m talking about when something goes wrong with any appliance in the house, that person’s answer to the problem is to start “pushing buttons”.  Maybe that one button will make everything right.  The pushing buttons person in my house is my dear, sweet,  much beloved hubby.  I have to give him an excuse.  He was raised in an apartment building in NYC where, if anything in the apartment stopped working, well, the “super” came to fix it.  Then, in his corporate job, if the computer, telephone etc went out, he’d simply call his secretary and she’d either fix it or call someone to do it. 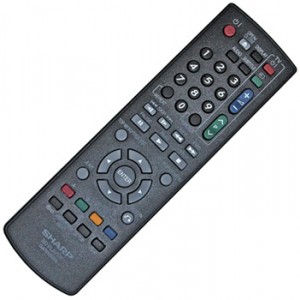 I’ve become the fixer in the house.  Even though I worked full time,  I had a job that allowed me to be “the one” to stay at home when a repair man had to come fix something.  So, you really do learn something by watching these guys.  As I said above, I do love my husband very much.  But I have to tell this story about something he did.  I wanted to plant a few extra rose bushes in the front of our house so I asked him if he’d dig the holes for me (he being a big hunk of a guy).  I told him where I wanted the holes dug.  He says that no, he thinks they should be planted “here” because they would look better there.  I said that no, we couldn’t plant them there because I had seen the cable guy place TV cable lines there.  He says, again, that they would look better “here”.  I again said, rather emphatically, that if he digs there, he will cut the cable lines.  He begins to dig “here” and I say, rather emphatically a curse word, and go in the house. I wait 5 minutes and turn on the TV and the cable is no longer working.   $75 later….

But, while we were remodeling our house, I did learn something new about him.  In the National Guard he’d learned how to work with electricity.  He replaced all of the hanging lighting fixtures in our new house.  So, he easily made up for the rose incident.  But, back to the “pushing of buttons”.  He can’t help, he just can’t help it.  And then it’s “can you come in here, the (fill in the blank) isn’t working”.  I don’t mind.  Like I said, if you hang around and watch repairmen enough, you do pick up a trick or two.  Plus, I do have the patience and I think women have an extra intuition about stuff, that perhaps makes it easier for us to “fix” things.  But still, one of the happiest days of my life  happened when my husband retired.  A repairman had to come over for something and I said, “dear, he’ll be here before 8am and 2pm.  See ya.”  Freedom!

Many people looked strangely at me when I said I … END_OF_DOCUMENT_TOKEN_TO_BE_REPLACED

Well, more like sings along while in the last row … END_OF_DOCUMENT_TOKEN_TO_BE_REPLACED