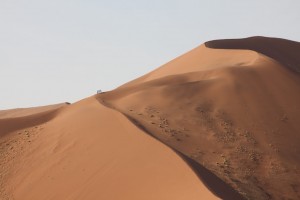 This is the kind of question that physicists like to answer when they’re drunk. I can’t take claim for that.  I read it on Ask Google.  But the question in the title is one my husband kept asking the entire time we were in  Namibia.  Because Namibia is one interesting country of wild topography and lots and lots and lots of sand. If a would be first time visitor to Africa were looking for a safari for their first trip, Namibia would not be on the top of their list(unless you’re a geologist).  Most people pick Kenya, South Africa,  Tanzania, Botswana.  Well, this would be my third trip to sub-Saharan Africa and I had always heard about the haunting beauty of the Namib desert and the Skeleton Coast. Read more…
So, with extra visa pages, yellow fever shots, malarone and lots of $20 and smaller denomination bills, off my husband and I go for 7 nights in Namibia and 3 nights in Zambia….with lots of layovers and 14 flights…some trip but well worth it.  We started our adventure in Windhoek, the capital of Namibia.  We stayed in a little boutique hotel (The Vertigo) and the owner took me on a short tour of the town.  What I noticed right off was the Fidel Castro Avenue and Robert Mugabe Street.  Alrighty then.  We then flew to our first camp in a 12 passenger Caravan plane (most of our flights were in similar planes except when we got to Zambia) and our stop was Little Kulala (meaning “rest” in Swahili).  The camp is about 45 minutes away from 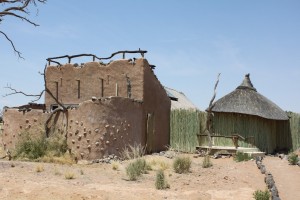 the Namib sand dunes of lore. I kept hearing about the legendary “Big Daddy”.  The sand dune that is 40 stories tall.  See above picture.  When you go on trips like this and you are a lone couple, the Land Rovers always seat 6, so you are inevitably joined by other travelers.  Some fun and some NOT SO FUN.  I’m going to state right here that I am 1/4 German and I am going to state right here that most Germany Germans, not all Germans, but most Germans, ARE NOT FUN.  There I’ve said it.   Our first Land Rover buddies? Martin and Bea from Heidelberg. But the good humor and camaraderie exhibited by my husband and I soon had this reticent couple chattering away.  She was in excellent physical condition (now don’t start thinking of Brunhilda.  Bea was a very attractive lady).  And once we got to Big Daddy, she marched right up the trail and off she went.  Let me say, I marched 1 foot and then marched 2 back.  That sand was SO SOFT and you’re walking UPHILL 40! friggin’! stories!   It took her about an hour and a half to go halfway and that was it.  She and our guide, Willem, then ran down in 3 minutes.  You can see them as little specs in the pic above.  I did not conquer Big Daddy or Big Mama or Big anything.  I will say that my husband probably could have made it to the top but he was a loving husband and stayed with me.  By the way, the joke about this part of Namibia, which is called Sossusvlei,  is that the “big three” game you’ll see is Springbock, Ostrich and Oryx.  No lion, cheetah, elephant, maybe the occasional leopard.
One of the things they do at Little Kulala is offer you the opportunity to sleep on the roof.  An African starlight night can be as if you are touching the stars.  I’m game.  Who cares about black mambas and scorpions?  I was raised on a ranch in south Texas.  So, for two nights I slept under the stars…sounds great, right?  Wrong.  There was a full moon.  It was like a spot light.  The beauty though was that the days were hot and the nights, cold.  So I snuggled under the comforter and around 3, woke up, the moon was waning, and then I saw the beautiful starlit night.  Awesome.  Where was my husband?  This time it was “no way, you’re on your own”.  Now, I have to be honest, the first evening he did come on the roof at around 3AM because he was worried about me but soon left.  That was enough for him. 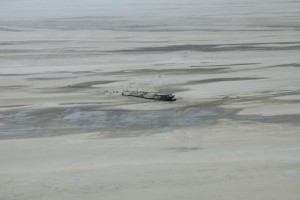 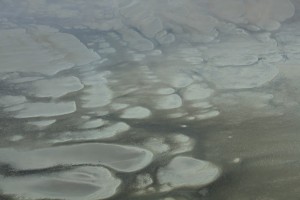 We catch our next flight to cruise over the Skeleton Coast so named because of the number of ship wrecks that have littered the coast over the years.  You can still see the wreck of the Eduard Bolin that has been there since 1909.  The scenery is like a Rorschach Test. The red dunes are now being covered by the sand from the ocean.  I looked at my ceramic tile in my bathroom at home and said, hmm, this looks like the Skeleton Coast.  I’m not going to talk about what we were “supposed” to get as our next excursion because I’m still in negotiations with the wholesaler on what they neglected to provide.  So, on to Damaraland land of the…rock.  Rock, rock, rock, rock.  It is another aspect of Namibia that makes the place so alien looking.  We stayed at a camp called Damaraland Camp and of the four camps we stayed at, on a scale of 1-5.  A 1.  Yes, a 1. First of all, the camp was not in the best location.  Sundowners are big in Africa and because of the landscape in Damaraland Camp, you see the remnants of sundowns.  Let me explain the “sundowner”  to the uninitiated.  Your wildlife specialist, i.e. botanist, geologist, zoologist, primatologist stops at a beautiful savanna doted with kudo or gazelle or a mountain top over looking said savanna or a watering hole full of cavorting (but dangerous) hippos.  He then sets up a lovely table with nibbles and mixes your drinks that have been pre-selected by you.  And then you have the magnificent African sundown.  Not in Damaraland Camp.  One evening, out of 6 of us, one other guy and I and the guide  did the “sundowner”.  It was a downer.  The other thing we disliked about the camp is that it is a long way to see anything other than rocks.  One morning our guide got us up at 5AM (yes, dear friends, I was up at 5AM) and promised us a sunrise and then breakfast in Rhino Valley.  On the way to said Rhino Valley (2 hours later), we stop in the middle of a public road and watch the sun come up.  Not the best of environments.  Then another hour to said Rhino Valley where we did see herds, far off, of zebra, kudo and springbock.  No Rhino, however.  But we did get said breakfast in Rhino Valley and then another 3 hours back. I had a chat with the guide about this overly long, worthless, trip.  BUT, to his credit, he did find us desert elephants, which are very rare.  That was an 11 hour “game” drive.  As far as the lodge itself…Look, I’m as game (yuck) as the next person to try and help the environment but this lodge made me feel like I was in California (just kidding CA friends). 12 volt lights.  Have you ever really thought about all of the electrical gadgets you carry around with you?  We had two Kindles, one Blackberry, one IPod and a small hair dryer.  The lodge did not provide ANY outlets in your room for charging your electronics.  Shame!  You had to go to the manager’s office to charge your things.  The inconvenience!  The manager’s office had every convenience you needed.  Why not the rooms? 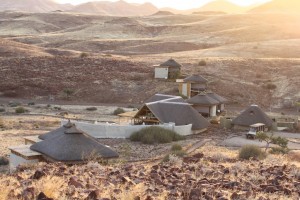 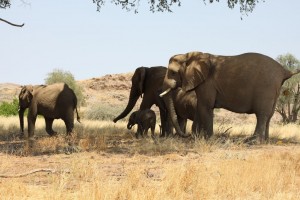 Next up, Estosha National Park and the ladies from Belgium.  “Auff, they are too far. You can not take a picture” and a slap on the back of the head.
http://www.blogcatalog.com/directory/society/politics/conservative/

Many people looked strangely at me when I said I … END_OF_DOCUMENT_TOKEN_TO_BE_REPLACED

Well, more like sings along while in the last row … END_OF_DOCUMENT_TOKEN_TO_BE_REPLACED