I ordered from “The Great Courses” (college lectures you listen to in your car or home) The World Was Never the Same: Events That Changed History.  Professor J. Fears from the University of Oklahoma selected 36 events beginning in 1750BC through today that in some way he feels impacted and changed the world. 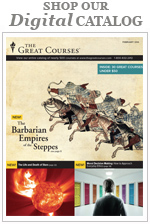 The Battle of Vienna (1683) anyone?  It got me to thinking.  Now that’s a dangerous thing to do.  It got me to thinking about what major events IN MY LIFE changed MY life.  Were they decisions I consciously made or was I fortunate (to use a favorite Obama word) or had dumb/bad luck?  Read more…
The first major event I can remember that had an impact on me was that at the age of 13,  I met my future husband.  He was a part of my life for 20 years.  Mostly good but then, as with a lot of marriages, there was also the bad and then, divorce.  Which was good…for me any way.  Another seminal event:  At the age of 15, my mother decided to go to college, which means she will be away all week, and I become the precursor to today’s ironcheflinda.  In other words, I learned to cook and love it.  During my 20th year, a beloved aunt and cousin die within the same year.  I am so traumatized that I quit college and don’t go back for 2 years.  I make the difficult decision at the age of 33 to divorce and change careers.  I change careers not to make more money but to do something I had always loved to do and that is travel.  Luckily for me (but I will give myself some creds for my drive, my semi-good looks and my gift of gab …thanks dad for the last one),  I land a great job with a great travel company and meet the love of my life.  The last event I will mention is one you’ve come across from the last two years.  At the age of 59, I was diagnosed with spasmodic torticollis.  I’ve chronicled that in my blog (I need to give you an update though).

But as Old Blue Eyes would sing, regrets I’ve had a few…Back in the ’80’s when I was a travel agent, the local ASTA chapter (American Association of Travel Agents) asked me to give them a seminar on…get ready for it…TIME MANAGEMENT!  Actually, unless I’m in the procrastination mode, I’m usually on time with stuff.  I’m sure they expected a seminar on “ok, this is how you prioritize and this is how you clear you paper work”.  No, not me.  I went for the gut.  Emotional time wasters.  Worry, regret, procrastination, tardiness.  Let’s work with two of these: worry and regret. Now there are two time wasters.  Why?  While you’re worrying about something that you can’t control you could obviously be doing something that you can control.  Regret?  What the heck can you do about something in the past?  But both of those comments are oversimplifications.  There’s worry and then there’s WORRY,  and there’s regret and then there’s REGRET.  Somehow I’m been able to over come the small worries…the ones that take up too much of your time.  Big worries…what will my test results be?  Is he really having an affair? Did my son really kill that girl?  Now those are worries.  If I can’t do something about something immediately, I put it on a shelf and deal with it at the time I CAN do something about it.  Compartmentalizing I guess.  Regrets.  During the seminar I had everyone write down a regret that they really did regret.  I told them I wouldn’t read them.  I did.  NO I DIDN’T!  After they wrote them down I had them fold them in half and then rip!  Tear! Shred!  We threw them in the trash because that is where they belong.  Why?  Because what can you do about it?  It’s in the past.  Now I’ve come to learn that there are indeed two regrets…the one that when you’re looking back you can say “what a stupid idiot I was” but I’m lucky I didn’t get killed or catch a disease and will learn from it (in other words, you dope, you WERE lucky) to the oh, sh*t, this regret is truly coming to bite me in the rear.  Kind of like Carrie Underwood’s I Don’t Even Know My Last Name.  These regrets become reality. You can regret it all you want but you now own it.  I remember back when I was a teenager I wrote some guy some stupid letter.  10 years later, 10 YEARS LATER, some guy who knew the other guy brings it up to me saying “I can’t believe you wrote him that letter”.  I looked at the guy and said, ” A, I can’t believe you remember that, B, I don’t know why you remember that and C, I was a f*cking teenager for goodness sake!”  Oh he says.

As far as procrastination, I’m a great procrastinator.  I work better under pressure.  When in college, I used to get up at 3am and study for the next days exam.  It just worked better for me. Maybe that’s not procrastinating.  In my current life, things aren’t quiet so demanding.  Although my husband sure thinks they are.  A slight bone of contention, have we?  Being late drives ME NUTS!  I don’t know why or how tardiness began to drive me insane but it does.  I hate waiting on people.  People who make people wait (which makes the people who are waiting waste their time) are usually, not always, but usually, attention seekers.  Look it up.  Even by the negatives they receive, they still garner the attention they seek.

Am I worried I will upset someone with my blog?  No.  Will I regret writing it?  No.  But I will worry about you, the reader, saying “what a friggin waste of time…”

Many people looked strangely at me when I said I … END_OF_DOCUMENT_TOKEN_TO_BE_REPLACED

Well, more like sings along while in the last row … END_OF_DOCUMENT_TOKEN_TO_BE_REPLACED