I’m going to approach this subject two ways.  The first will certainly be considered a “humbug” approach.  The second will probably have mixed reviews.  First, the “humbug” approach or how I let a phrase like “giving back” totally irritate the heck out of me.  But why?  Because, often, when people feel they have some extra time in their lives and want to do something for their community, they say they want to “give back”.  Well, here’s my point.  Give what back to whom and why?  I guess you could say I take the phrase literally and not figuratively.  Give back…let’s see, the path I’ve taken in life has, at times, been rocky.  Have I faced a fiscal cliff or two in my life time?  You betcha.  But I have never had to, luckily, rely on the auspices of the government (taxpayers) nor private nor public charities to help me out.  I’ve never been on welfare nor food stamps nor medicaid.  I’ve not had to eat in a soup kitchen or ask for charitable help.  If I had to do any of these things, and then I found myself with the ability and where with all to “give something back” to those who have given to me, then I would with an open heart. 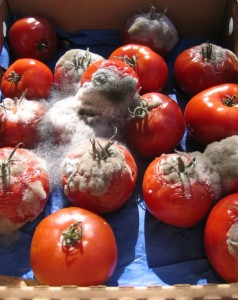 Read more…
Some people say, well, what about the fire fighters and policemen who might one day save your life?  Again, do I need to “give back” to them for doing their jobs paid by us the tax payers?  OK Miss “literal”.  To whom would you think the phrase “give back” would be applicable?  Easy answer.  Family and friends.  They give of themselves to me every minute of every day.  Their love, their friendship, their help during trying times, food in times of death or illness, a warm hug when I cry, an hour conversation listening to me complain about something or other when they themselves have such busy, crazy lives.  To them I will willingly  “give back” with whatever I can or when ever they need me.  As Frank Zappa used to say, “the crux of the biscuit” is that I wish people would just say, I’m going to do something to aid my community.  Or, I want to make this world a better place by doing such and such. Or, I have a cause I truly believe in and I want to do something to make it right. If the little phrase “give back” irritates you, what then REALLY irritates you?  Hmmm.  I’m not going there.  Yet.

Now on to the other “giving back” or as one might say “re-gifting”.  To re-gift or not to re-gift, that is the question.  SFM alert!  (For those in the know that stands for SEINFELD MOMENT!)  Elaine has just received a  label maker

from her boyfriend, Tim Watley, and she realizes she had given the label maker to him the year before.  Elaine says, “He’s a re-gifter.”  George responds, “I would drape myself in velvet if it were socially acceptable.”  Well, apparently it is now socially acceptable, according to the journal, Psychological Science.  According to their survey, 79% of respondents say it’s OK to re-gift.

Other data from the survey:
* A thoughtful gift makes a giver feel closer to the recipient, not the other way around.
* Spending more money on a gift often doesn’t translate into greater appreciation.  Take note men: The gifts used in the study were diamond rings.
* 22% of re-gifters in a poll in New Jersey said they re-gift to get rid of an unwanted item. Re-gift this! People under 30 are more likely to re-gift than older people.
* Women re-gift at 50% greater rate than men, according to a recent online poll by a credit card comparison web site.
* Recipients in one study appreciated getting cash more than an item they requested.
* What people tend to re-gift: candles, gift baskets, picture frames, glass bowls (have it etched with their name, that will fix’em.  Well, maybe not.), Christmas ornaments, small appliances, kids toys/games, and the knitted sweater Aunt Buelah gave you, in other words, unattractive clothing.
(WSJ article 12/4/12)

Do I re-gift?  You betcha but I don’t re-gift nor do I return an item given to me by an immediate family member.  I’ve returned one thing my husband got me and it was a REALLY ugly purse.  Oh, I did return the super duper Sky Caddie he bought for me last year but that was because I ALREADY HAD ONE!  I do re-gift house warming gifts or “thanks for having us over for dinner” gifts.  But not that often.  Oh, there is actually a National Re-gifting Day.  It’s the third Thursday of December.  Go to www.regiftable.com for further info. Re-gifting is the gift that keeps on giving…

Many people looked strangely at me when I said I … END_OF_DOCUMENT_TOKEN_TO_BE_REPLACED

Well, more like sings along while in the last row … END_OF_DOCUMENT_TOKEN_TO_BE_REPLACED