It seems like the trilogy genre is on fire.  I know the first trilogy I read was The Lord of the Rings.  Now we have the Twilight series, The Hunger Games, The Girl with the Dragon Tattoo series and of course, the grand mamma of them all, Fifty Shades of Grey etc.  As a reviewer it is awfully hard to go from reading a Fifty Shades of Grey series, the adult dominance and submissive stuff, to reading a trilogy written for teens.  Truth be told, I thoroughly enjoyed the first in Ally Condie’s trilogy, Matched.  Condie  has the middle book, Crossed,  as well as the concluding book,  Reached, now at a book seller near you or on an e book site.  Read more…

The Matched series involves a dystopian society.  Dystopia is defined as a society that has human misery, squalor, oppression, disease and overcrowding.  That is more of the Hunger Games  series than what is found in Matched. 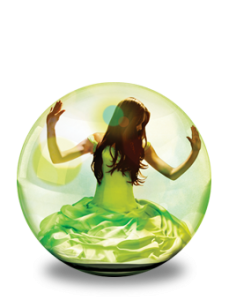 What you find on the cover of the book is a beautiful girl in a beautiful green dress pressing her hands against the bubble she is in.  The girl is Cassia Reyes and she lives in a society that totally rules every move you make.  You are told  whom you will marry (matched), when you will marry, at what age you should no longer have children, there are only 100 books to read, 100 poems to read, 100 songs to listen to, how many calories you can consume in one day (no big gulps here! Sorry.  Couldn’t resist.), how much exercise you can have (I kind of liked that part), told where to live, what kind of job you will have and WHEN you will die, healthy or not.  The trilogy  came about when Condie’s husband asked her, ” What if someone wrote the perfect algorithm for lining people up, and the government used it to decide who you married, when you married etc?”  And that’s what they do in this novel.

Cassia is 17 years old and her “match” night is upon her.  She is allowed to dress in a dress of her choice, which she can not keep.  You are only allowed, during your waking hours, to only wear brown or black.  She goes to her party and is matched with her childhood best friend, and good looking hunk, Xander.  Each girl is then given a data card with her “match’s” life experiences and photos etc.  But as she is looking at the  data card, another picture comes up as her match, one Ky Markham, an Aberration.  Someone marked by her society as a misfit or outlier. Which is something you don’t want to be.  Cassia becomes intrigued, fascinated and enamored with Ky because of his outlier-i-ness (I created a new word).  Cassia is herself somewhat of an outlier.  Her grandfather, while on his death bed, age 80 (determined by the Society as the right age to die), gives her two poems that have been outlawed by the Society.  One of the poems is Dylan Thomas’ Do Not Go Gentle Into That Good Night. She ponders its meaning and Ky is able to help her understand…that she doesn’t have a great life because she doesn’t have choices.  The Society has taken away choices because it is to the betterment of the longevity of the Society.  But there is no free will.  None at all is allowed.  If you exert free will, you disappear.  And Ky disappears (hey, there are two sequels!).  Throughout the story, Condie is continually asking, can there be freedom without choice?

Many reviewers have compared Matched to Lois Lowry’s The Giver (1993), George Orwells’ 1984, and Aldous Huxley’s Brave New World.  I’ve only read the last two and that was way back when.  If you want to give this book some relevancy to today’s youths, I would ask them how they would feel if every decision in their lives was made by someone else (well, they might say you already do!), but you know what I mean.  Ask them if there are any societies today that are dystopian?  Discuss can there be “freedom” without choice? Freedom is an old person’s word not one usually talked about today.  When Cassia’s grandfather gives her the poem Do Not Go Gentle Into That Good Night, what is he implying?  Does he want her to oppose the Officials and fight the system?  Should she live the life of probabilities and predicted outcomes or a life of true love and dangerous choices?  But if you have freedom of choice are you willing to live with the consequences of those choices?  Hmmmm? This book reminds me of a question I asked in my review of Miss Peregrin’s Home for Peculiar Children by Ransom Riggs: Is comfort and “knowing” your future and its safety worth the monotony of  living  the same way day after day?

I’m like other reviewers and will definitely read  Crossed and Reached.  I need to remember what it was like as a teenager to have a silent rebellion against societal control….But then again I grew up in the ’60s and learned all about that real fast…

Many people looked strangely at me when I said I … END_OF_DOCUMENT_TOKEN_TO_BE_REPLACED

Well, more like sings along while in the last row … END_OF_DOCUMENT_TOKEN_TO_BE_REPLACED