Is this a blog on slasher erotica?  Sorry to disappoint but nyet.  Ok then.  A blog on the eroticism of food and sex i.e. the movie Tom Jones or Last Tango in Paris (butter anyone?) or George Costanza with 2 of his trifecta,  food and sex and to complete the trifecta, listening to a Yankees game while doing the other two.  Only on Seinfeld.  No my loyal readers.  It is none of the above.  I am really satisfying my curiosity with this one.  It all started with Rush Limbaugh.  Yes, yes, I know.  That arrogant ba*tard.  I find him to be a provocateur.  On Fridays, which he calls open line Friday, a caller can ask him about anything.  A caller asked him if he thought President Obama had any “chopped and screwed” music on his iPod.  Rush, normally always culturally up to speed ;)), said he didn’t know what it was.  Well, he then went on about a half hour or so trying to find out what “chopped and screwed” was. He also got into the Beyonce/ Keisha feud.  Trust me folks.  It was a surreal listening adventure.  Hopefully I’ve gotten you so intellectually stimulated you’re ready to satisfy your curiosity.   Here’s what “chopped and screwed” is along with the must accompanying drink, the “Purple Drank”. Read more…

“Chopped and screwed” refers to a technique of remixing hip hop music which developed in the Houston, Texas area hip hop scene in the 1990’s.  It’s done by slowing down the tempo, applying techniques such as skipping beats, record scratching , stop time etc to make a “chopped up” version of the original.  I’m sure you’re all jiggy with the lingo, right?  Ready for some more?  A sub genre called ChopNotSlop was created by DJ Screw (for my Texas peeps, he was from Bastrop).  But apparently Screw is considered the King of the “chopped and screwed” genre.  (I’m laughing while I’m writing this.)  The records made using C’d and S’d have become so popular that you can find them on iTunes, C’d and S’d has its own iTunes app and the University of Houston Libraries acquired over 1000 albums owned by DJ Screw.  It is now very common to find a C’d and S’d mix along with regular speed versions in a double disc form. 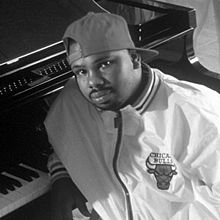 Now to the “Purple Drank”.  You supposedly were to drink this concoction when listening top C’d and S’d.
Again, this began in Houston.  It’s a combination of prescription strength cough syrup i.e. codeine and promethazine, an antihistamine.  It’s mixed with such ingredients as Sprite (great marketing for Sprite) or Mountain Dew and pieces of Jolly Rancher candy.  The purplish hue of the “Purple Drank” comes from the dyes in the cough syrup.  The Jolly Rancher candy creates a spectrum of colors.  The antihistamine supposedly counters the addictive qualities of the codeine as well as counters the sometimes horrific side effects of continuous codeine use.  And I thought drinking Southern Comfort and Coke was a bad hangover drink.  Anyway, one can surmise, conclude, whatever, that drinking the drank was going to leave some bodies around.  And so it did.  DJ Screw was the first to go to the big hip hop in the sky.  He was followed by Big Moe and Pimp C.  But apparently the Purple Drank culture has infiltrated into big league sports.  Several NFL football players have been caught with, if not the drank, then with the ingredients to make the drank.  One was charged with two felony counts of transporting a controlled substance and three counts of possession to sell a controlled substance.

Here’s the question:  If you drink the drank does it make you drunk?  Writing this blog is getting me there…(Update 1/22/14…today Justin Bieber was arrested for drunk driving.  Guess what his drink of choice is…sizzurp, another name for the purple drank…)

Whenever you go to a disco or night club today, you always hear a form of C’d and S’d.  They’re even using the music in exercise classes.  So now you’ve had you’re cultural update for the day and you  have some pithy cocktail repartee to set you apart from the mundane.  So, what do you think, does the Bamster have some C’d and S’d on his iPod?  Which begs the question, was there any C’d and S’d on the iPod he gave the Queen?

Many people looked strangely at me when I said I … END_OF_DOCUMENT_TOKEN_TO_BE_REPLACED

Well, more like sings along while in the last row … END_OF_DOCUMENT_TOKEN_TO_BE_REPLACED