Ahhh, the 80’s.  It was the decade, as far as I’m concerned, that brought about the biggest changes in my life.  I divorced a man I had been married to for 13 years and had known since I was 14.  I then went through the “I’m divorced and have some fun stage”.  And then I married the love of my life and have been happily married for 25 years.  During the 80’s I also changed careers.  I had been teaching high school advanced placement English and speech and debate.  I decided I couldn’t make any money at that so I went into a career that also paid very little but gave me the opportunity to do what I liked to do best and that was to travel.  For me, my working career was epitomized by my tenure as a Sales Manager at Carnival Cruise Lines. Of course going through a divorce and changing careers can be tumultuous. But the 80’s brought more positives than negatives, I think.  I found this great article in USA Today (does anybody buy that newspaper anymore except for air travelers?) about the 1980’s  and much of the info below is gleaned from that article: Read more…

What brings this all to mind is that The National Geographic Channel will premier “The 80’s: The Decade that Made Us” Sunday, April 14, 2013 at 8 pm ET.  The 80’s was also brought to mind by the death of “the iron lady”, Margaret Thatcher.  In a new survey, 3/4 of Americans believe the country was better off in the 80’s than now.  So, what then defined the 80’s (other than bad hair and loud clothing)?  Here are some memory flash backs: 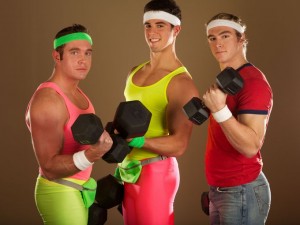 Some other aspects found in the survey:  37% of those surveyed listed
the fall of the Berlin Wall as the most significant moment followed by 24% saying the identification of AIDS and 17% the Challenger disaster.  When asked if a presidential election were held today, 58% said they’d vote for Ronald Reagan over Barack Obama.  (Blogger’s note-How many kids today even know about the fall of the Berlin Wall other than by association with a song by Pink Floyd?)

50% of the nation believes that the personal computer has had the biggest impact on American life with 27% the cellphone and 5% believe the microwave, the Walkman, and the VCR.  (Another blogger’s note- which century or halve century brought about the biggest changes to mankind? Just asking.)

Other points of interest from the survey:  60% of Americans list the 80’s mega star, Michael Jackson, as having the greatest influence on today’s musicians; 46% believe that the naming of Sandra Day O’Connor to the Supreme Court was more important than Sally Ride going to space.

And there were some awesome movies: The Shining, Star Wars, The Elephant Man, The Big Red One, Airplane, Raging Bull, Indiana Jones and Raiders of the Lost Ark, Back to the Future, Fast Times at Ridgemont High (who ever would have imagined that Spicoli would become one of the best actors in Hollywood and one of the craziest? Just my opinion.) , Poltergeist and Blade Runner, oh, and Tootsie.

Me thinks that it’s time for an 80’s party! Bust out Don’t Stop Believing, Just the Two of Us, Milli Vanilli, Dirty Dancing, Walk this Way, I’m Alight, Walk Like an Egyptian…

Many people looked strangely at me when I said I … END_OF_DOCUMENT_TOKEN_TO_BE_REPLACED

Well, more like sings along while in the last row … END_OF_DOCUMENT_TOKEN_TO_BE_REPLACED