I think it was over Memorial Day weekend Sirius /XM Radio decided to have a station dedicated to the comedy of  Richard Pryor.  For my international or youthful readers, Richard Pryor was a black comedian popular primarily during the 1970’s and early ’80’s.  Pryor was a man with demons.  He almost killed himself when he caught himself on fire from smoking crack.   He later went on to do a very funny act about that episode. He grew up in a house of prostitution where his grandmother was the madame and his mother a prostitute.  So he was the comedian that told it like it was…raw and vulgarity laden.  But people loved him and the natural way in which he portrayed race, drug use, love, marriage etc.  I did get to see him live in Austin, TX back in the late ’70’s. I laughed until I almost peed in my pants. He did an hysterical routine on the different ways in which men and women pee.  If you’re interested in the monologue, go to You Tube.  It is very, very funny.  So on that Sirius weekend, I ended up hearing this monologue again.  Men like to write their name in the snow when they urinate, he said, (of course he didn’t use that word) but women just seem to have a difficult time doing their business in the great out doors.  The lady in the monologue (Richard’s voice, of course) says she’ll just wait until they get back to the car.  “What?!  You’re going to wait and then pee in MY CAR?!” 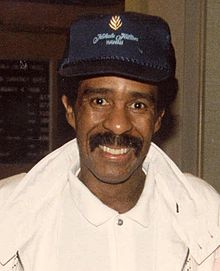 This monologue reminded me of a trip my husband and I took to French Polynesia.  We were on a Windstar cruise (they’re back doing that destination and I highly recommend their cruises) and decided to do a 4 hour cruise in a motor boat around the island of Huahine.  We were to snorkel with reef sharks and see ancient temples dedicated to human sacrifice.  While on the cruise, they fed us the most wonderfully freshly cut pineapple, diet cokes, and other fresh fruits.  After about a couple of hours I was really starting to REALLY need a bathroom.  When we were snorkeling, I said, OK, now’s the time.  But not with all these people around!  No way!  They’ll know what I’m doing.  So, I held it.  We’re bouncing along in this motor boat and by now I am in EXTREME discomfort.  My husband, being the man so ever attuned to caring for my well being says, here, sit on this towel and pee on it. I love you, too, dear.  We finally, after about three hours, stop at a national park, where the so called human sacrifice temples are to be.  I asked our guide if perhaps there was a bathroom in the park.  Now understand this.  Our guide was a Frenchman. From France.  Imagine a French accent here.  You want to go to the BATHROOM?! Well then go in the LAGOON! I looked at him like he had two heads.  GO IN THE LAGOON?!  WITH EVERYONE KNOWING WHAT I’M DOING?!  No way!  You are ruuuuuiiinnning my tour!  He revs up the motor and proceeds to go lickety split, as fast as he possibly can,  back to the port.  Now the boat is hitting the waves hard and I’m practically screaming.  Once we reach the port, I was like George Costanza at the kid’s birthday party.  Old people, children, get out of my way!  I ran so fast I actually went into the men’s room not realizing it.  After I come out, I’m applauded by the other passengers because they, too, had to go.  Thanks a pant load for your support with “you are ruining my tour” Pierre. 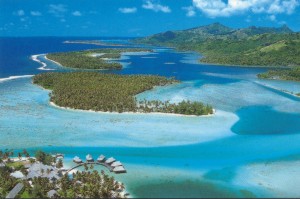 There was one part of the tour that was one of the most memorable of all my travels.  Pierre said that he had seen a mother humpback whale and her calf the day before.  Perhaps we might find her..  Well, we did.  Pierre said to take off our flippers and quietly slip into the water.  And there was…something.  We couldn’t make out what it was.  Until we realized it was her dorsal fin.  It looked like a reef.  And then we saw the baby.  Right on top of her.  She took one glance at us with this eye the size of a hub cap, made once big swish with her tail, and she was gone.  Just for your FYI, a full grown humpback can reach 46 ft. long.  On Papeete we stayed at the Radison Hotel which had an infinity pool.  From there, we could watch the whales and their calves frolicking in the ocean.  Skip Papeete.  It is no longer what Captain Cook saw.  I loved Bora Bora and Moorea.  Lots of out door things to do…biking, hiking, sailing, snorkeling, diving, old WWII landmarks.  These islands are like Hawaii in the mid to late 1990’s.

When I went to Borneo with my sister, there was a danger every time you wished to pee in the “wild”.  Can you spell leeches and pythons?  I’d like to hear Richard Pryor do a monologue on that scenario.  There is a new product out on the market for women to “pee” standing up. It’s called “Go Girl”.  Their motto is “don’t take life sitting down.”  Cute. 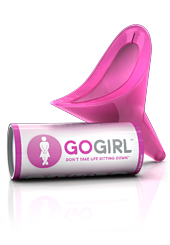 Still won’t get rid of those pesky leeches, pythons, or lurking peeping Toms.

Many people looked strangely at me when I said I … END_OF_DOCUMENT_TOKEN_TO_BE_REPLACED

Well, more like sings along while in the last row … END_OF_DOCUMENT_TOKEN_TO_BE_REPLACED