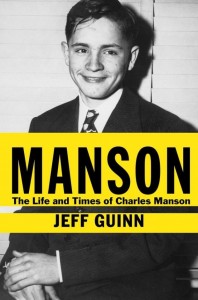 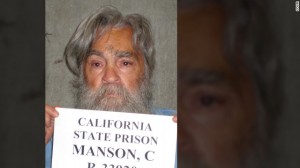 Take yourself back, if you were alive at the time, to the 1960’s.  What do you remember of it?  For me, living in a small, rural South Texas town, it was about a few of our boys going off to Vietnam, Saturday night dances at the VFW Hall, getting an older person to buy us a six pack of Lone Star or Pearl beer, driving endlessly around town looking for boys from other towns, going swimming in a cow “tank”, Saturday morning bible study, basketball games, and giggling about who might have “put out” over the weekend.  Oh, we watched Walter Cronkite’s evening news and saw what was happening in Vietnam and the rest of the country.  We were shocked by the assassinations of John and Robert Kennedy as well as Martin Luther King.  But ours was really an insular existence.  At the same time I was living this bucolic life, there existed an alternate universe to ours.  And that alternate universe was the cultural crucible brewing in the state of California.  The reason I bring up my background is that in an interview, the author said he wanted to write about Charlie because, ” he wanted to find out how WE grew such a monster.”  We? I had no part of it, thank you very much.  Read more…

The new biography about Charles Manson brought the ’60’s back to me.  It was a nasty decade full of violence, hatred, war.  There was the “summer of love” with Woodstock but that was far overshadowed by the bad. The Black Panthers were organized as well as the Weather Underground.  Both ready to commit violence in the name of their beliefs.  And rising from this national angst was Charles Manson.  The author of the new bio, Jeff Guinn, says of his writings that “he wants to write about an era in American history, and to get readers interested I usually pick an iconic event.  History doesn’t happen in a vacuum.”   If you don’t remember or don’t even know who Charles Manson is here is the story in a nutshell.  Charlie, as he is known to his cult, “the family”, manipulates them into committing 7 horrendous murders.  It’s Los Angeles Aug. 9, 1969.  Members of the family break into the house of the actress Sharon Tate, the wife of Roman Polanski, and brutally murder and mutilate the very pregnant Tate as well as 4 others in the house.  The next night, they commit the same atrocities on an older couple who just happen to live in a house that Charlie had been in, the La Bianca’s.  Charlie had them do this to try to get one of his followers, accused of murder,  out of jail, by making these look like copy cat murders.  He tried to make them look as if the murders were done by the Black Panthers.  Charlie loved the Beatles White Album and took from their “lead” that the “cut” Helter Skelter” was the name for the uprising of the blacks in America who would then kill all of the whites while Charlie and his family would be in a “bottomless pit” to later arise to take over the world and show the blacks (who have screwed everything up) how it is done.

So, you just told me the story.  Then why do I need to read the book?  Guinn’s approach is three pronged:  there’s the rise and fall of Manson; a thorough look at the 1960’s music industry; and the bizarre maelstrom of the 60’s…Berkeley, Haight Ashbury, drugs, sex, and the disenfranchisement of the decade’s youth.  For the first time, a biographer of Charlie’s has spoken to his school mates, teachers, and his half sister and cousin to try to piece together what made Charles Manson the master manipulator, pathological liar, and psychopath that he became.  It seems all of this began very early in his life.  Guinn does an admiral job in trying to piece this part of Manson’s life together.  As Charlie got older, and spent more and more time in reform schools and prison, he actually hung out with pimps to try to learn from them how to choose women for prostitution, the ones with self esteem or image problems or Daddy problems who’d buy into a smooth talker.  He also studied Dale Carnegie and L. Ron Hubbard to better hone his manipulation skills.  Much is made of Charlie’s collaboration with the Beach Boy Dennis Wilson and Charlie’s trying to be a musician bigger than The Beatles.  As far as “the family”?  Guinn does a good job of trying to help us understand how these people were so easily manipulated.  Charlie had them garbage diving for food, stealing, “creepy-crawling” into people’s homes at night and, of course, murder.  As the queen of non-fiction murder mysteries, Ann Rule, puts it: The bio “stands as a definitive work: important for students of criminology, human behavior, popular culture, music, psychopathology and sociopathology, and compulsively readable for anyone who relishes nonfiction.” 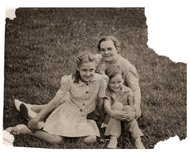 I don’t know if I’d go that far. I do have one question of the author though.  He stated that he wanted to find out how “WE” grew such a monster.  Again I ask… we?  I believe in inherent evil.  What about you?

Many people looked strangely at me when I said I … END_OF_DOCUMENT_TOKEN_TO_BE_REPLACED

Well, more like sings along while in the last row … END_OF_DOCUMENT_TOKEN_TO_BE_REPLACED