We’re at our first lodge in Tanzania, the Tarangire Treetops Lodge.  We are preparing for my sister to have her first ever “sun downer”.  An event where you have a butler or guide take you to a lovely spot overlooking a watering hole or vast savanna to watch the beautiful African sun set.  Before your “sun downer”,  you are normally asked what would be your drink of choice.  And you are then served this drink/s along with some great snacks.  After the “sun downer” we were to go on a night

drive to see what we could see.  It’s normally a time you see all of the nocturnal animals scurrying about.  Let’s get back to the “sun downer”. 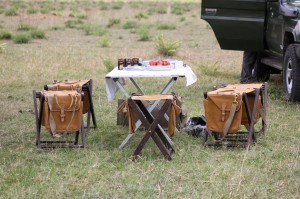 We were joined by a young Chinese couple and a couple from London.  The Chinese couple spoke very little English so that left us to talk to the Brits.  We introduced ourselves and immediately the guy says, “well, Americans.  I can’t believe it.  Americans don’t travel.”  I’ve heard this before and bristled.  I proceeded to say, as calmly as I could, that there are a number of reasons as to why Americans don’t travel “abroad”.  Mainly it has to do with the availability of great travel within our own sphere.  We not only have Canada but we also have the Caribbean, Mexico, Costa Rica, and the entire 50 states to see.  My sister was ready for a brawl when the guy’s wife interjects because she sees I’m not happy about his statement.  She then proceeds to tell me what a wonderful country we have and they’ve visited the states many times.  I look at her husband and said, “well, your own wife says we have a great country so why should we leave it with so many sightseeing opportunities?”  The fact is that the people I know, admittedly most of us are retired, travel and they travel a lot, 120 day cruises around the world, safaris, river cruises in Europe, cruises down the Amazon, lots of worldwide golf trips.  This was my 4th safari in Africa. The key is that Americans do travel just not so much “abroad”.   I recently saw an article on CNN.com about why most Americans don’t travel “abroad”.  Only 30% of our 61.5 million people have passports.  That 30% includes the spike when the Western Hemisphere Initiative was adopted.  It requires Americans and Canadians to present documents showing citizenship when entering the US. 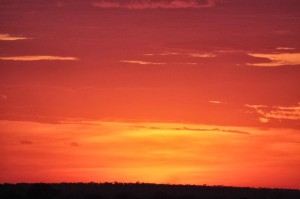 Here are the reasons CNN gives as to why Americans don’t travel abroad:
Cultural and geographical diversity- We have it all here.  “From the mountains, to the prairies, to the oceans, with white foam…” Beaches rim the gulf coast, the Rockies for hiking and skiing, Arizona for golf and desert vistas, and our big cities brimming with cultural diversity, what more do you need?
Skepticism and ignorance-  My trip to Tanzania was about 2 months after the fire was set to burn down the Nairobi airport and then a month later, the terrorist attack at the Westgate Mall also in Nairobi.  I was connecting through Nairobi.  My friends were concerned.  I understood.  But if you’ve traveled at all you realize that no matter where you go, the Boston marathon for example, there is always an opportunity for calamity.  The news doesn’t help.  If I listened to all of the warnings aimed at us just by listening to the news, I’d curl up in a ball and wouldn’t leave my backyard.  Bruce Bommariot, EVP and COO for the US travel Association says this about why US travelers should expand their travel experiences:  “One of the true benefits of travel to a foreign country is probably the greatest form of diplomacy.  Strange ideas go away and you realize that we’re all similar, just different cultures.”
Cost and logistics–  Now this is a biggy.  It took my sister 24 hours to fly from Houston to Kilimanjaro and 24 hours to get back.  It took me 3 days to get to Kilimanjaro because I wanted to use a specific airline, Delta.  And then it took me 22 hours with an 8 hour layover in Johannesburg to get back to Atlanta.  Can you say “duty free shopping”  time? If you live in Europe, it’s a 9 hour jump from most European cities to Eastern or Southern Africa.  That’s like us flying to Paris or Madrid from the East coast.   In addition,  it is expensive to travel to Africa.  The lodges are top notch, there’s the cost of the “bush” flights, and your international airfare to consider. The trip we took is going up by $4000 per person for next year.  That’s a lot of scratch.  It’s very easy for an American to hop on a cruise ship out of Galveston or LA or Charleston and sail  from 3-14 days for as little as $100 a day.  Or hop in the car and do a cross country driving trip.
By the way, you know how you can always come up with a pithy comeback AFTER the fact?  My sister said that I should have told the Brit, “apparently Brits don’t do dentists…”

Many people looked strangely at me when I said I … END_OF_DOCUMENT_TOKEN_TO_BE_REPLACED

Well, more like sings along while in the last row … END_OF_DOCUMENT_TOKEN_TO_BE_REPLACED