I remember a while back I heard Bill Cosby telling a story about a child on an intercontinental flight he was on.  I believe he called him Jeffrey and Jeffrey was 5 or so.  Jeffrey and his mom were seated behind Bill in first class.  On the 6 hour plus flight Jeffrey banged on the back of Bill’s seat.  He’d run up and down the aisles.  He’d cry.  He’d scream.  His mother had no control over Jeffrey at all.  As the plane’s gangway was hooking up to the plane, Bill looked at the mother and said, “Jeffrey should really be a model.”  The mother beamed.  Really? she inquires…Yes, Bill says.  He should be a poster boy for birth control…I think Bill encapsulates the perils of flying very well.  As one blogger on the Huffington Post pointed out, we Americans really do travel at the worst of times.  We tend to travel during July and August, Christmas and Easter breaks and on weekends. When everybody else is traveling.  And since we’re in the holiday season… What do we see? All of the family trudging through a vast airport with the little ones all pulling their very own roller bag and each one with their own smart phone not paying any attention to where they are going.  Everyone carrying bulky sweaters and jackets or toys,  all to fill the very precious overhead bins to the brim.  And all with tons of GERMS.  Let the fun at grandma’s begin!

Cheapflights.com did a survey of 1081 American fliers that focused on the good, the bad, and the ugly of flying.  What particular behavior sets off your inner scrooge?  Here is a break down of the most annoying traveler behavior.  Mine is not listed. 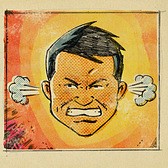 *  Kick your seat (19.33%) Particularly kids or 6 ft. 6 guys in coach.
*  Talk loudly or incessantly (17.58%) And the FAA wants passengers to be able to use their phones?  Just shoot me now.
*  Let children misbehave (17.11%)
*  Put feet on your armrest/tray table/into your leg space (8.14%)
*  Carry excessive amounts onto the plane/over sized luggage (6.48%) Have you ever been to Miami Intl and see what people try to take on to the airplane?
*  Recline his or her seat (6.01%) I did this on a commuter plane ONCE and the guy behind me said, pardon me, but we don’t recline our seats on these types of planes.  Ok then…
*  Yank on your seat back (5.27%) You’re sound asleep and the person in back of you uses your seat back to hoist themselves up.  Thanks a pant load…

So, what is the bad behavior that would be my # 1?  A few years ago my husband and I were flying back from visiting relatives in Jersey.  My husband had an aisle seat and I was right next to him.  The guy across from my husband, in an aisle seat, let out three very messy, spit laden sneezes that probably managed to hit at least everyone with in a 5 foot circle and I’m certain hit the ventilation system for all to breathe.  Three to four days later, my husband and I both were sick with upper respiratory infections.  Nice going, Mister Sneezster.  Now, after every flight, I wash out my sinuses with Neil Med saline solution.  I don’t if it helps but so far so good. So, if you’re sick, please do everyone, I mean everyone, a favor.  Stay the hell at home.  Or at least, for Christ’s sake, have a wad of Kleenex or handkerchiefs in case of an on coming sneeze or cough.  And USE HAND SANITIZER, you dummkoph.

It seems, though, at least through this survey, that we take these annoyances in stride.  Almost 70% of the respondents said they’d do nothing if someone exhibited one of the above behaviors.  30% said they would confront the passenger directly.  I’m usually the grin and bear it type.

What about you?  What is the most annoying behavior for you?

Many people looked strangely at me when I said I … END_OF_DOCUMENT_TOKEN_TO_BE_REPLACED

Well, more like sings along while in the last row … END_OF_DOCUMENT_TOKEN_TO_BE_REPLACED