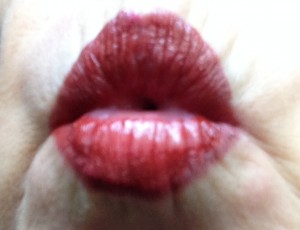 Lauren Bacall as Slim in To Have and Have Not  famously asks Steve, played by Bogart, “You know how to whistle, don’t you, Steve?  Just put your lips together and …blow.”  The other day my husband and I had a silly conversation about whether women can whistle.  Here’s how this conversation came about.  My husband, and I do love him dearly, has certain peccadillo’s that can drive me to distraction.  My husband was born and raised on Mulberry Street in Little Italy on the island of Manhattan.  His favorite entertainer is Johnny Mathis.  My husband loves to whistle.  (Is there a segue coming?) He will be sitting in his “man” chair and he’ll start whistling The Battle Hymn of the Republic or Dixie.  I tell him you’re a Yankee for goodness sake.  Why are you whistling those songs?  Over and over and over.  Loudly.  His other peccadillo is to ask me to do what he’s doing.  Come on sing it!  Come on.  So this time he asked me to whistle Dixie with him.  I said I can’t whistle.  Come on.  That’s ridiculous.   I replied that no, no, it’s not.  I can’t whistle.  As a matter of fact most women can’t whistle.  That’s crazy,  he replied.  Women can whistle.  I said that, yes, some can but not many.  So that led him to getting out the iPhone and Google whether women can whistle.  I love being right.  Apparently only about 10% of women can whistle.   But for the life of it, we couldn’t find the reason as to why.  You get some BS about X and Y chromosomes or women don’t whistle because it’s considered not to be lady  like.  Many women do learn to whistle using the old two finger method.  Me?  I can sort of whistle by sucking air in not blowing out.  Stop laughing.  So if you want to satisfy your curiosity about whistling ask your girlfriends, mothers, sisters etc if they can whistle.  Bet they can’t.

Many people looked strangely at me when I said I … END_OF_DOCUMENT_TOKEN_TO_BE_REPLACED

Well, more like sings along while in the last row … END_OF_DOCUMENT_TOKEN_TO_BE_REPLACED