This is a blog about 6 degrees of separation regarding my thought processes.  Kind of like the 6 degrees of separation from Kevin Bacon.  I’m going to start with my first thought and then we’ll follow my 4 separate thoughts until I have my final thought.  Got that? If not, just follow along… First thought:  I’m going through Flip.com.  That’s the online magazine for PC’s, IOS phones, tablets etc.  They always have great photographs taken by professional photographers.   I come across a picture that I wish I had not seen.  The image is burned into my retina.  It was a picture taken in rural China of a premeditated horse fight i.e. for fun.  The horses were in pretty bad shape. Whoa.  Stop right there.  Thought two:  Why would they do such a thing?  I know that here in the US we have cock fighting and dog fights which the majority of Americans find appalling. 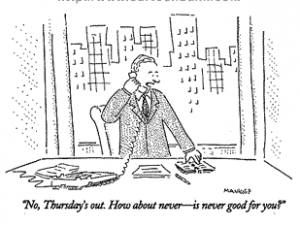 But horse fights?  That’s a new one.  I know that Americans look at horses as things of beauty that we wish to take care of.   Americans tend to have a soft heart when it comes to the treatment of animals.   Thought three: We’re in Egypt and riding camels by the Sphinx.  We see a dying horse sprawled out on the side of the road with stray dogs sniffing it.  It has been spray painted with a symbol.  We see more severely malnourished animals.  I was very upset and told our guide about what I saw.  He told me that the spray on the horse meant that it was to be killed by the police.  I asked about the number of stray, starving dogs.  He said that in Islam neutering is looked down upon because it causes pain to the animal.  I asked, and starving isn’t painful? Thought four: I began to think about the conversation I then had with my guide about how much money Americans spend on their pets.  I had to satisfy my curiosity on how much Americans actually spend on an annual basis on their pets.  The answer is…we have 82.5 million households that have some sort of pet i.e. a dog, cat, gerbil, bird, turtle.  We then spend $58 BILLION dollars PER YEAR on our pets.  Those expenditures include vet visits, grooming, food, pet sitting etc.  That is on average $700+ per household.  Thought five:  Back to Egypt.  Those expenditures made me realize that the people of Egypt barely have enough food to put on their tables for their children much less food for stray dogs.  Plus the horses are fed as much as they can afford because so much of their tourism is based on their horses.  No horse, no money, no food.  Thought six:  Comes from the cartoon editor of The New Yorker magazine, Bob Mankoff.  He’s the one that created the cartoon where an employee is trying to get an appointment with another co-worker and the co-worker keeps saying, no that won’t work, no that won’t work.  And finally the first employee says, How about never?  Is Never Good for you? And that’s what I say about satisfying my curiosity about horse fighting in China.  How about never? Is never good for you?

Many people looked strangely at me when I said I … END_OF_DOCUMENT_TOKEN_TO_BE_REPLACED

Well, more like sings along while in the last row … END_OF_DOCUMENT_TOKEN_TO_BE_REPLACED