The other day I was having lunch with a friend and she was discussing a visit with her grandkids.  She said, “oh how they love to visit their MiMi.”  I sat back, put my index finger to my chin, tapped gently and queried, at what point did “grandmother” morph to “MiMi”?  So, in order to satisfy my curiosity, I began to think about the issue.  I think I’ve come up with a reason but you’ll have to wait for it:)  If you go back and watch old movies, meaning ’30’s and ’40’s, the kids in the movies would most likely have called their parents’ parents “grandmother” and “grandfather”.  Of course, some of this is tied to “class”.  You might watch let’s say Grapes of Wrath and it was “grandma” and “grandpa”.  People back then physically looked like a grandma and grandpa.  I know my sisters and I called our grandmothers “Little Grandma” and “Big Grandma”.  Not to their faces of course but early on that was the way we differentiated between them.  My cousin recently sent me an apron that “Big Grandma” had made and “Big Grandma” wasn’t so big…at least according to today’s standards.  Today it’s very easy for kids to differentiate because the names for grandparents are all over the map.  I asked my girlfriends/guy friends what their grandkids call them.  Until recently, it was expected that a grandchild call their grandparents “grandmother, “grandma”, “grandfather” or “grandpa.”  Today we go with the flow.  The grandparent can decide what they want to be called or they go by what the baby easily says.  And usually the easiest thing for a baby is mama and dada or some other nonsensical sound.  Here’s a list of names from my friends for ” grandmother”: 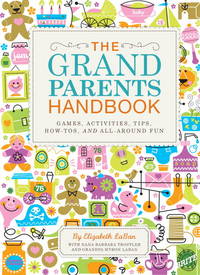 For the grandfathers, there are a lot of names beginning with “p”:

So, where oh where did grandmother and grandfather go?  I think they went out the door when the baby boomers took over.  Those people born between the years of 1945-1964.  We are obsessed with youth.  Face lifts, exercise, lipo, Juvederm, eating right, wanting to live as long as possible and to look as young as possible for as long as we can.  And what signifies aging more than a child running up to you and screaming “GRANDMA!!!!!”  “GRANDPA!!!” Plus, I believe with the proliferation of “step grandparents”, the kids already have a grandma and grandpa, so what to call the step grandparents?  When I was in Africa with my sister, one of the guides called me “little momma”.  It shows respect but oh Lord did that hurt.

In addition to “grandmother” and “grandfather” morphing, now that we have gay marriage, you will certainly see some other “traditional” role names begin to change.

There are some great web sites regarding grandparents.  Here are a few:

Many people looked strangely at me when I said I … END_OF_DOCUMENT_TOKEN_TO_BE_REPLACED

Well, more like sings along while in the last row … END_OF_DOCUMENT_TOKEN_TO_BE_REPLACED