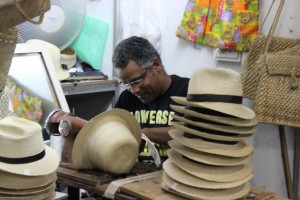 Since President Obama has been trying to normalize relations with Raul/Fidel Castro, I thought now might be the time to go. You know before 4000 passenger cruise ships take over the island. I asked my husband if he wanted to go and he said no. Not only no but HELL no. Go with your sister. As far as US citizens traveling to Cuba, nothing has changed. We are still restricted. That’s because of the embargo. I was discussing this with my younger sister, who is 6 years younger than me, and she said that she really doesn’t know the history between the US and Cuba. All she knows is that Cuba is a communist country. If you’d like a brief history, here is a link: http://www.bbc.com/news/world-latin-america-12159943. There are three ways in which a US citizen can travel to Cuba. The first is what my sister and I did. I have a friend who owns a travel agency (Dynamic Travel, 800/766-2911) and he had recently visited Cuba using Yalla Tours out of Portland Oregon and then on Celestyal Cruises. My sister and booked through his agency. If you use an agency, you can be sure that everything that needs to be taken care of is actually done. There are a lot of moving parts. There is a visa to be obtained as well as a travel affidavit that states: “Humanitarian Projects, I am a person whose travel to Cuba is directly related to Humanitarian projects in or relation to Cuba that are designed to directly benefit the Cuban people set forth in paragraph (b) of CFR 515.575.” Got that? Yalla’s trips are 7 nights and depart on a charter every Sunday out of Miami. Another way to go is the do it yourself. At the end of the year, there are supposed to be flights from the US to Cuba on regularly scheduled air. You still would have to do the Humanitarian Project though. Now you have to fly over Canada, Nassau or Mexico City. There is a law that states we’re not supposed to have Cuban custom’s stamps in our passports. The visa you get from Cuba is separate from your passport. They stamp the visa on entry and take it a 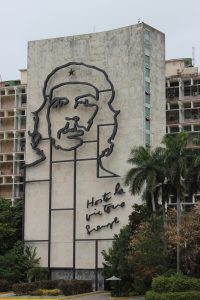 nd on exiting, they stamp and take. On the return, some in our group got stamps in their passports. At US customs, no one blinked an eye. With the do it yourself, you have to book your air, your hotel/s and tours on your own. The third way is by ship. There is a Greek cruise line called Celestyal which sails from Montego Bay, Jamaica. Then there’s MSC Cruises which has a ship home ported in Havana. Then Carnival Corp. has it’s Fathom line. It’s billed as a cultural exchange opportunity along with all the usual cruise ship amenities. As of yet, no other US cruise line can sail to Cuba. Fathom is the only one sailing from Miami. Just in about Fathom and US born Cubans being banned from sailing: http://www.travelpulse.com/news/cruise/carnival-officials-we-wont-sail-to-cuba-until-cuban-born-americans-can-join-us.html.  All three are 7 nights. Taking the charter out of Miami is not for the faint of heart. If you’ve ever taken a charter, none of them are for the faint of heart. We were to arrive at the Miami airport at 7 am. My sister and I spent the previous night at the Marriott Airport. We were called by the coordinator; he sent us his picture so we could recognize him; there were supposed to be desks to check us in… Nada, zip, zilch. My sister and I moved among the crowds of Cubans who had shrink wrapped car bumpers, TVs, small refrigerators etc all waiting the be checked…on our flight. We finally located our coordinator. We were allowed 44 pounds which included your suitcase and any carry on item. Yikes. Without my carry on I had 39 pounds but my carry on was…16 lbs. I ended up paying an additional $44 US, cash only please. I had an assigned seat and it was an emergency exit. All good. Until the flight attendant makes an announcement that there was a weight issue in the forward luggage compartment and those of us in the front needed to move to any empty seat in the back to redistribute the weight. Huh? There went my great seat. Center seat here I come. But the flight is only 40-45 minutes. Almost there! Next up: Havana and its Paladars

Many people looked strangely at me when I said I … END_OF_DOCUMENT_TOKEN_TO_BE_REPLACED

Well, more like sings along while in the last row … END_OF_DOCUMENT_TOKEN_TO_BE_REPLACED